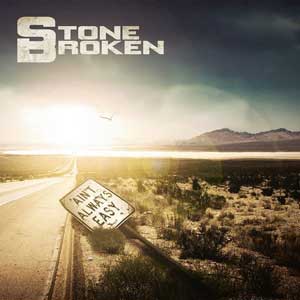 Stone Broken are British and this is their second release. Moving in the context of the modern hard rock sound and having Nickelback as their idol, they do not change much comparing to their first album. Impersonal, dark and heavy sound on the guitar, powerful drumming that basically determines the tracks, and Rich Moss’s warm vocals very close to those of Chad Kroeger. But the important part is the songs. And the songs are good, catchy, with choruses that stay with you, and often with strong riffs (“Let me see it all”, “Follow me”). Best and heaviest of all is “Just a memory” that could become their own “How you remind me” and take them higher! An honest album of radio, mainstream, arena rock, say it as you like , that if you’re a friend of bands such as Nickelback and Daughtry, is worth checking out.