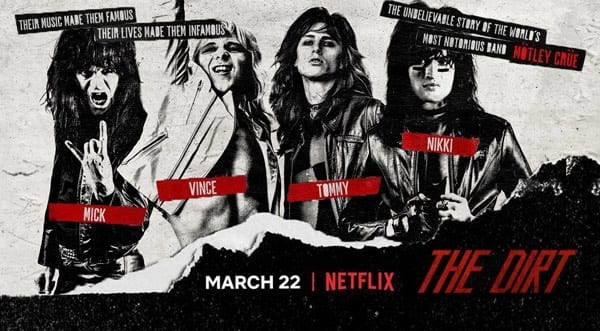 The first trailer for Motley Crue’s biopic “The Dirt- Confessions Of The World’s Most Notorious Rock Band”, based on the self-titled book, which will be available on Netflix on March 22nd was released today. Motley Crue recorded four brands new songs produced by Bob Rock that Nikki Sixx described as “raw and real”. He also commented on Twitter: “Everybody is playing like mad and the songs crush”. The movie was directed by Jeff Tremaine who was involved in “Jackass Presents: Bad Grandpa”.