Tom Keifer has just released his second album appropriately entitled “Rise”. We get in touch with him to know more about it and for the next 20 minutes we are more than happy to dive into the heart and soul of “Rise”. But the most important thing is that we hear a genuinely satisfied Keifer who has achieved the best possible result with his band; the Tom Keifer Band. Oh, by the way…which is his favorite Cinderella record? Read all about it in the interview below… Interview: Sakis Nikas 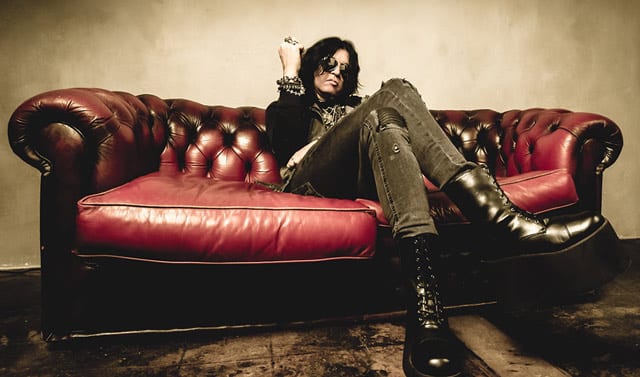 Rockpages.gr: Tom, congratulations on your new record. I really liked it man…again, we missed you. It’s been already 6 years since “The Way Life Goes”. Before we talk about “Rise”, tell me about the debut solo album. How do you feel about it after 6 years?

Tom Keifer: Yeah, totally. That album came from a genuine place and I was really happy with the way it turned out and how the people received it. The fans liked it, they enjoy the new songs at the shows that we did and as time went by we felt that it was time to do another record. Now I have also a band because the first record was done with session players and this is really the main difference with “Rise” as I’ve been touring with these musicians for six years and there’s a real chemistry on the new album.

Rockpages.gr: I remember reading one of your interviews and you underlined that you don’t want to make the same record twice. Actually, this is pretty accurate as “Rise” is not really in the same style with the debut although your voice is of course unmistakable. What do you think?

Tom Keifer: I think so although the writing style comes from the same place obviously. But I think in terms of presentation is really different…as I mentioned, the fact that that I have with me a band that I’ve been playing with for many years is really important. It played a huge role in the development of the album, the energy and I think that the new songs are really more aggressive and when we cut that record we kinda went for that raw energy. This is the same energy that we had on stage and that’s what we wanted to capture in the studio. 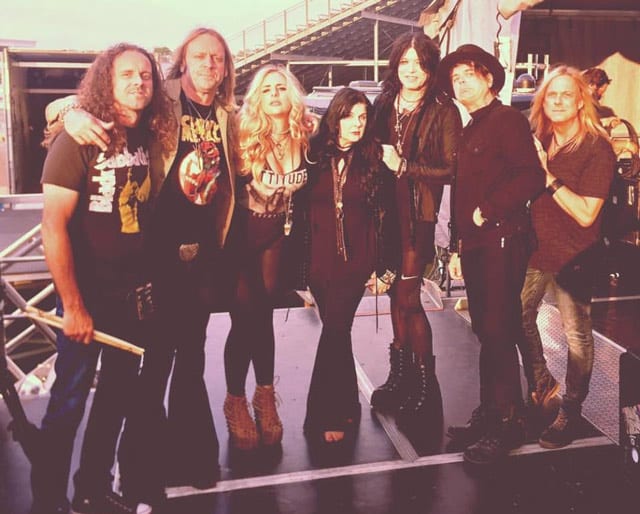 Rockpages.gr: Exactly! That’s what I love about “Rise” and this is something that I write in my review is that the fast songs leave you under the impression that is like an one-take recording…full of energy. On the other hand the ballads are full of emotion. It’s a well-balanced combination…

Tom Keifer: It’s very much that way! We were in the same room together…pretty small type of room…took our instruments, pressed “record”, looked at each other and we started playing trying to deliver the best performance. It’s not heavily overdubbed as we tried to stick with the raw performance in the studio.

Rockpages.gr: Listening to the album, I loved the fact that the lyrics are somehow dark but there is a clear uplifting, hopeful message in the end. It kinda reminded me of Springsteen’s approach on his “Rising” album. Which was the source of inspiration this time? Personal experiences, everyday life stuff?

Tom Keifer: For me, it’s always life…that’s the place where my inspiration comes from. I agree with what you said because my style of writing over the years, even with Cinderella, has changed…not really changed but I’m trying to find strength in the adversity. So as you said, there are moments of darkness in my lyrics but there is also a clear message of hope and power that comes from within.

Rockpages.gr: Let’s talk a little bit about some of my favorite songs on the album. Shall we? 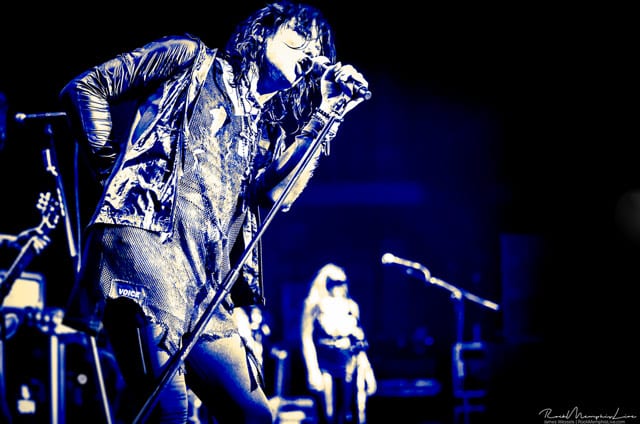 Rockpages.gr: First of all, “Touching The Divine”…my favorite song on the record. Are you finally revived? Is Tom standing in a higher place and touching the divine?

Tom Keifer: I think so. Savannah (ed. note: Keifer, Tom’s wife) and I wrote that song with Kendra Chantelle, one of our band members…this song kinda sumps up where we are standing right now as units but also as a band. It was great timing as well because it seemed that all the band members were at a crossroad in their lives and when this band came together it felt like the energy was there right from the beginning. So yeah…it seems like this band has taken us all in a higher and better place. We felt really connected with that album. So the lyrics of the chorus where we say that we are touching the divine is like an anthem for us, as a band.

Rockpages.gr: And how about you…? You have gone through hell and back with your health and your career. Is Tom in a happier place right now? Have you found the inner peace that you’ve been looking for?

Tom Keifer: Well yeah…this journey that I started with this new band of mine has helped me a lot overcoming some of the challenges in my life…like you said in both my personal life and my career. It’s been a real inspiration to me. But again…everyone in the band feels that way. We all came together at a time where we all were at the same place emotionally. We all kinda felt that the band will help us. 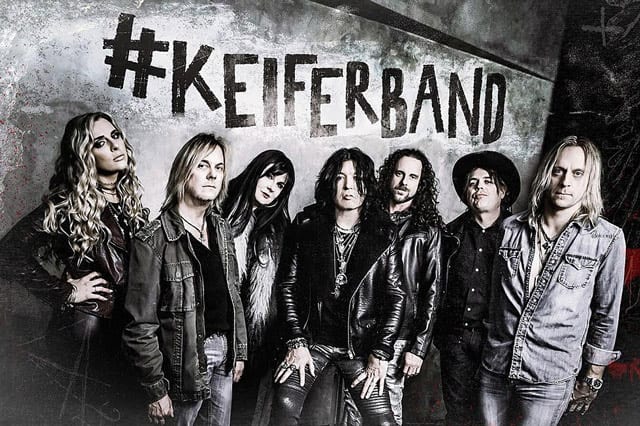 Rockpages.gr: I also really really loved the lyrics of “The Death of Me”…this whole notion of not giving up! It’s like a constant theme that almost haunts the new record, right? 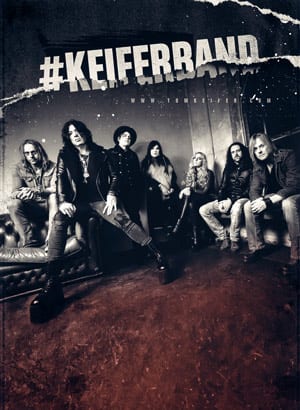 Tom Keifer: You are right and I would add that this theme is present throughout the album. That’s why we chose “Rise” as the title of the new record. We felt that it summed up a common thread on the songs. Finding strength in the adversity and overcoming the obstacles. Certainly, that’s what “The Death Of Me” is all about. There will be challenges in your life an circumstances that will drag you down…the video that we did for the song displays some of my personal challenges on a TV screen. But everybody has to face similar challenges in life. I encourage people when they see that video to visualize their own challenges. And you have to break the TV screen with all those challenges like I did on the video…it felt really good, by the way (laughs)! It’s a powerful thing to envision an image of yourself smashing all your problems.

Rockpages.gr: I think that it was a brave thing to do…I mean showing some of your struggles in life.

Tom Keifer: Thank you. It can work as an example because everybody faces similar problems in life and I encourage people to do the same thing in their lives.

Rockpages.gr: Are you planning a tour for the promotion of the new record?

Tom Keifer: Yeah…we’ve done some shows here in the States and we will resume touring in October.

Rockpages.gr: Any chance of doing some shows in Europe?

Tom Keifer: As a matter of fact, we are talking about it as we speak…I hope that we will return in Europe next year. The last time that we were in Europe was in 2015 for our first record so yeah, I think we will play some shows there next year.

Rockpages.gr: By the way, have you ever been to Greece as a visitor for vacation?

Tom Keifer: No, I haven’t. My wife has visited Greece and she said that you have a very beautiful country.

Rockpages.gr: Tom, after all these years, if you had to point down your favorite Cinderella record, which one that would be and why? 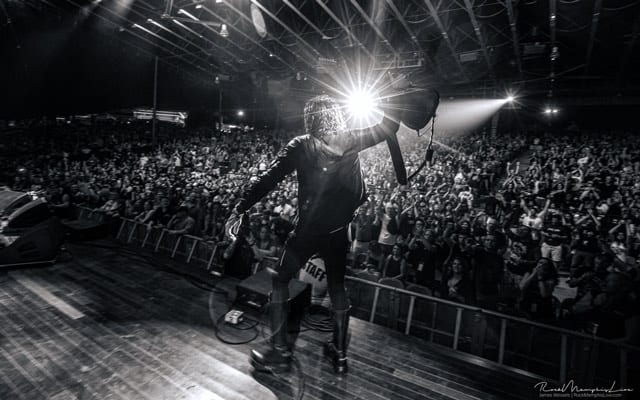