This was the eleventh consecutive year for Up the Hammers, the most important underground metal festival in Greece. From the small Underworld venue between family and friends in 2006, to a crowded Kyttaro stage with fans from all over the world in 2016. A ride that has offered us countless excitements and fuels our thoughts and talks all year round.

This year’s edition kicked off on Thursday 25/2 with the warm up show that took place at An club. Skullwinx from Germany was the opening act, presenting its youthful but a bit clumsy teutonic heavy metal to the gathering audience. The band is consisted of young musicians still in search of musical identity but the numerous releases compared to the short history of the band show that these guys work a lot.

Hardraw from Cyprus took it to the next level with a fully professional appearance. Great musicians and well crafted songs that showcase the improvement from the band’s early days. Bands from Cyprus in general show great improvement and professionalism. An evolving metal scene with many worthy bands.

Doomocracy from the island of Crete were the representatives of the doom metal sound and showed us why they are considered an up and coming act of the genre. With a clear sound and a good mood, the band captivated the audience. Honorable mention for the great cover of the Morgana Lefay classic Maleficium. 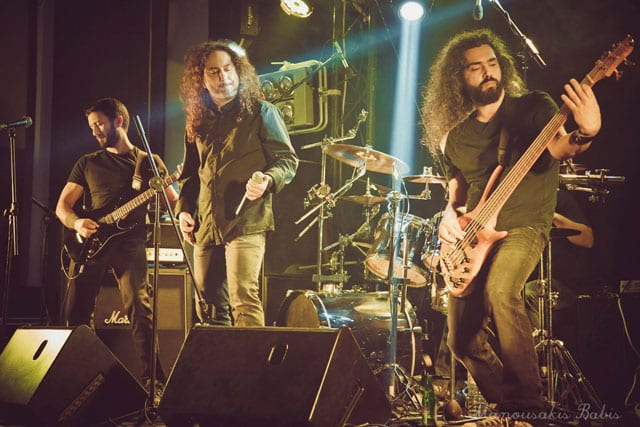 Austria’s Mayfair incarnated the progressive moment of the festival. With many followers since Greece is extremely friendly towards this special and emotional band, it felt like home from the very first moment. The strongest indication of this special connection was the fact that after the end of the Mayfair set, the fans formed a queue to talk to Mario, have a picture with him and buy merchandise.

After numerous efforts, legendary Blaspheme finally appeared before the Greek audience. The reanimation of the band in 2008 led to a new album and some live appearances and it was a matter of time to overcome the obstacles and travel to Greece. With two remaining members from the original line-up, they didn’t quail after the departure of original singer Marc and recruited not one but two French singers in order to present songs from all three albums. Alexis from Hurlement and Olivier from Shannon filled Marc’s shoes in the best way possible and game us some bone chilling moments in a set that lasted almost two hours! 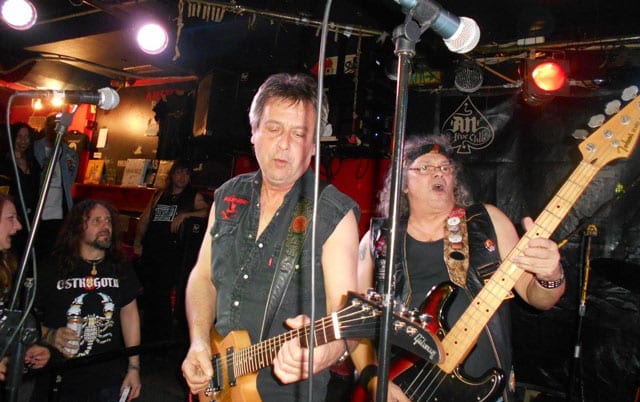