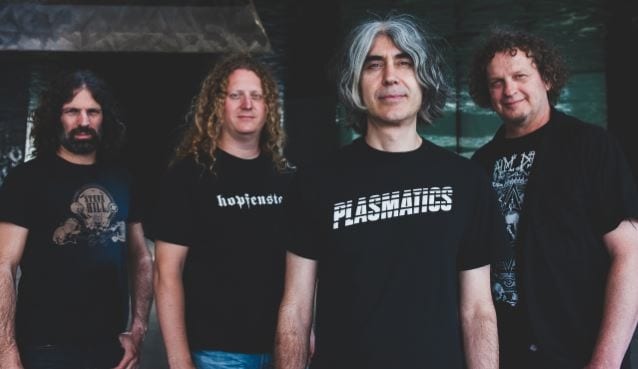 Legendary Canadian sci-fi progressive metallers VOIVOD have completed recording their new album. The band’s first full-length effort in five years is tentatively due later in 2018 via Century Media Records.
VOIVOD drummer Michel “Away” Langevin told the Impact metal channel that the band’s next record would be “a concept album, very intricate. It’s very progressive thrash. Lots of psychedelia as well. The songs are pretty long. There is only one short rocker; all the rest is progressive music. It’s a continuation of [2016’s] ‘Post Society’ [EP].”