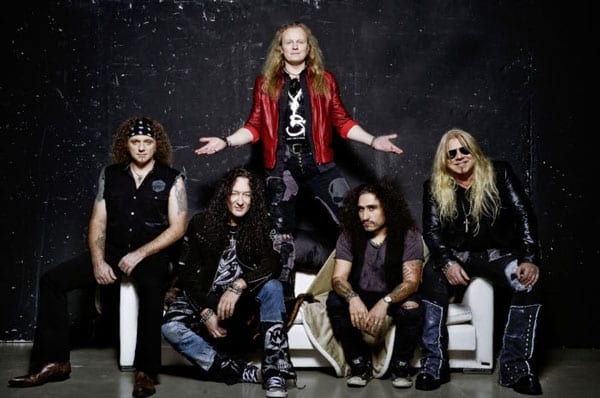 PRESS RELEASE: Voodoo Circle , the classic hard rock band led by guitarist Alex Beyrodt, enjoy an excellent reputation in the scene. Following their four studio albums released so far (which were hailed by press and fans alike) and successful tours, the band parted ways with vocalist David Readman in 2016. Now Voodoo Circle are happy to unveil the identity of their new man on the mic: Herbie Langhans (known from his participation in Avantasia and Sinbreed)! “Herbie has all characteristics of a real frontman: He brings a great, soulful voice with a very unique touch and huge recognition value”, Alex Beyrodt comments. “He is charismatic, possesses the qualities of an entertainer and is a very likeable person, whose energy is infectious. We’re looking forward to the next activities – motivated more than ever!”.

Currently the band is completing the songwriting for their highly anticipated upcoming album which will be released in Summer.