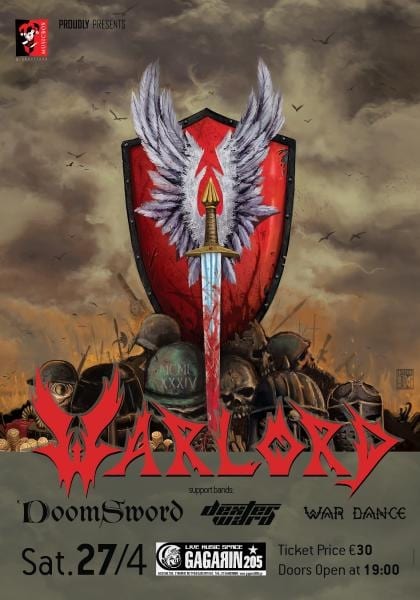 “I can’t believe what we experienced this weekend with Warlord”…this was a phrase uttered by hundreds of fans that have been waiting patiently for many, many years! Personally, I can’t (or want, if you prefer) to differentiate myself from all those who feels this way because, I am truly one of them who counted down each and every day for those two concerts.

I can’t, either, believe what we experienced and the hardest thing is trying to write about something that simply cannot be described in words but only with sentiments and emotions. 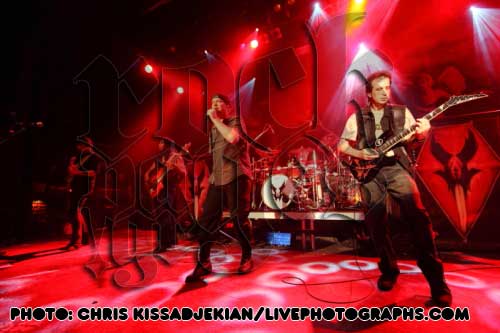 Saturday, 27/4/2013: We had to stand in line from very early in the afternoon, as the show was sold out and we needed a good spot. The time schedule was followed with a rare for Greece punctuality and the three support bands had finished their sets within a two-hour frame. War Dance presented an epic half-hour set list, heavily influenced by Manowar. They have the luxury of a phenomenal drummer who was so passionate throughout the show. That being said, the other guys did a fine job, too. Dexter Ward proved that they remain a force to be reckoned with in the Greek scene (and not only) and the support of the crowd all these years is not coincidental at all. The band’s Maiden-esque style combined with catchy (and well-crafted) songs warmed up in an absolutely satisfactory way the fans that had already packed the venue. The excellent rendition of “Massacre” (Thin Lizzy) was the icing to the cake. The Italian outfit of Doomsword simply verified that it rightfully has gained the love of the Greek metal fans. For 60 minutes and with frontman Deathmaster being at top form, Doomsword didn’t have the slightest problem on presenting a pure epic set with obvious references to the Nordic mythology. I am sure that they win some new fans due to this up to par performance of theirs. 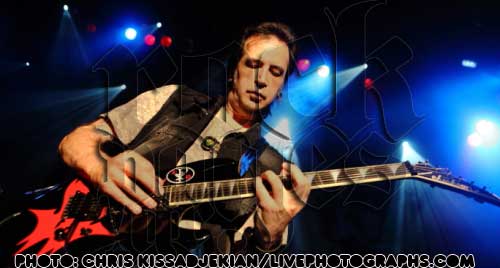 With a short delay (a huge backdrop that depicted the “Deliver Us” cover had to be put carefully behind the drums; as it was the case with 4 stands with the famous Warlord sign), the moment has finally come! When the lights went out and a short intro rushed through the P.A. system, a huge roar by the crowd created the ideal atmosphere for a concert! When Mark, Bill and the rest of the band made their entrance on stage 1200 Warlord fans went crazy. That was exactly the time when words and descriptions gave way to sentiments, pure emotions and a whole lot of…spring tears! How can I really put in words what happened when Bill played the first notes of “Deliver Us”? How can I accurately portray the image of 1200 singing along to every single lyric of each and every Warlord song? How can I truly describe Mark’s unique drum playing of Phil Bynoe’s tight performance? Giles Lavery did a brilliant job behind the mic while Paolo Viani (guitar) and Angelo Vafeiadis (keyboards) were flawless! 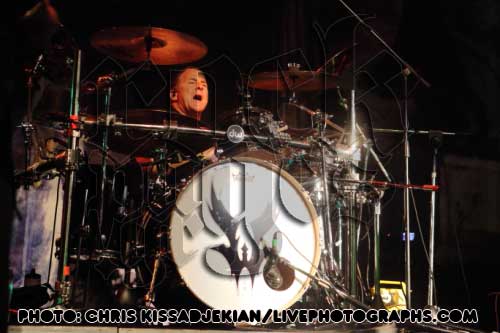 As for Bill himself…whichever word or phrase I use, it will simply be inadequate to sum up his overall presence on stage that night. Humble, exceptional, melodic as ever and imposing. The moment when he spoke in Greek for almost 3 minutes referring to his late father (as a proper introduction to the song “Father”) was the absolute highlight of the night as his words spoke straight to my heart since the lyrics to this specific song have a special, personal meaning to me.
As it was expected, the set list was nothing less than ideal! We were treated with all the songs from “Deliver Us”, “Lost and Lonely Days”, “Aliens”, “Soliloquy”, “War In Heaven”, “Winds of Thor”, “Achilles Revenge” plus four new tracks cued from the latest “The Holy Empire album: “Glory”, “City Walls of Troy”, “Kill Zone” and the aforementioned “Father”. Of notice, Bill played a brilliant guitar solo on the song “Lullaby” from the soundtrack of “Pan’s Labyrinth”. 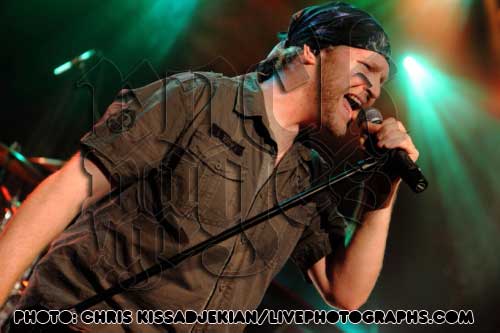 Sunday, 28/4/2013: On the second night, the opening bands were two (Doomsword were absent from the bill). Both War Dance and Dexter Ward presented almost identical to the previous night’s show (with Dexter Ward covering instead “Powerslave” (Maiden) instead of “Massacre” (Thin Lizzy). 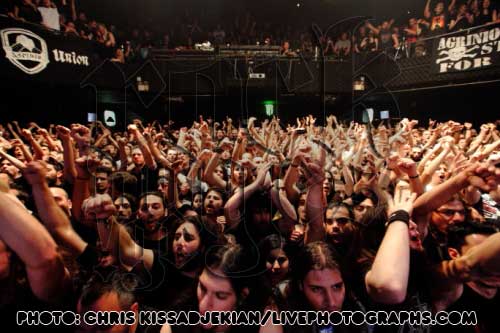 Warlord hit the stage a few minutes after 21:30 and presented a two-hour set which was also similar to the Saturday one. The only difference was the huge backdrop that featured a Warlord logo. All the things that you read above apply also to the Sunday show. The set list, the overall performance and musicianship but also the intense feelings were the same. More than 1000 fans created another superb atmosphere which I am sure left Bill, Mark and the rest of the guys speechless. 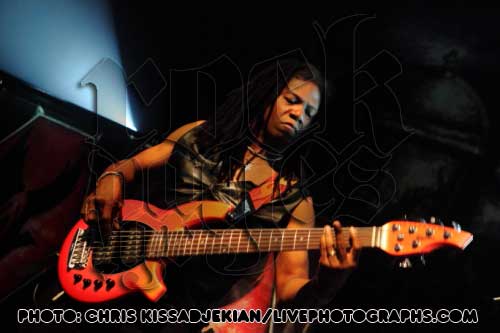 As a closing note, I’d like to say a big “thank you” to Warlord and to the promoters who made possible for all of us to see this legendary band in Greece. Until next time… 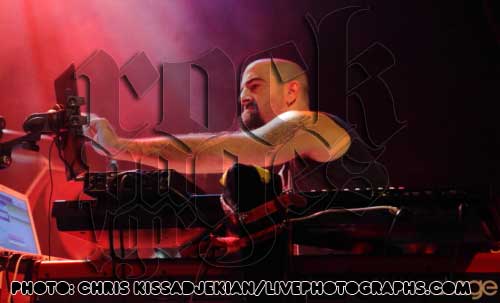