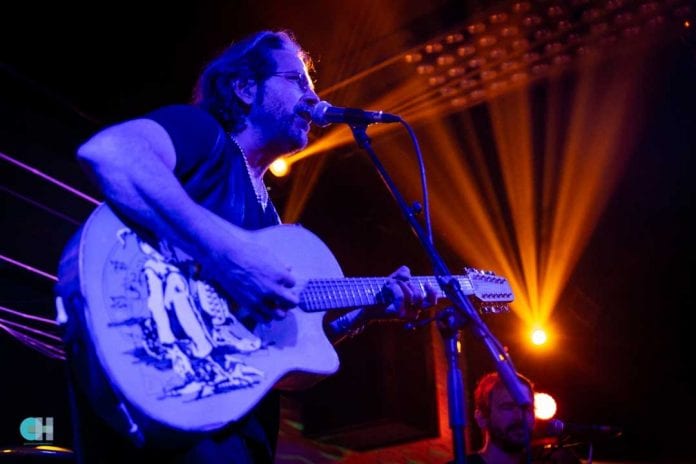 It wasn’t the first time we got that lucky to witness a Kip Winger acoustic show in Athens but it was definitely once again an amazing experience. This was my very first visit in the new venue of Athens Wave and I am really excited as far as the place is concerned.  As a matter of fact the style of the club is clearly more techno oriented if you see its logo or its events. However, it’s a cozy place with good vibes and a medium size stage which is good enough for these kind of events. Moreover, the venue fills with a maximum of 400 people, which is an actually great number for the hard rock bands that play in Greece. I also loved the fact that there is no structure to prevent people from enjoying the view, no matter where they choose to sit. Another advantage of the Wave club is that the music sounds the same in the whole venue. Consequently you don’t feel the need to change seat in order to listen to the show better, which is a quite usual case in many big venues of Athens. The only con in my opinion, is the lighting, which they still don’t know other ways to use it besides techno parties. I believe a smart move for them would be to hire someone who really knows to set the lights for a rock concert. 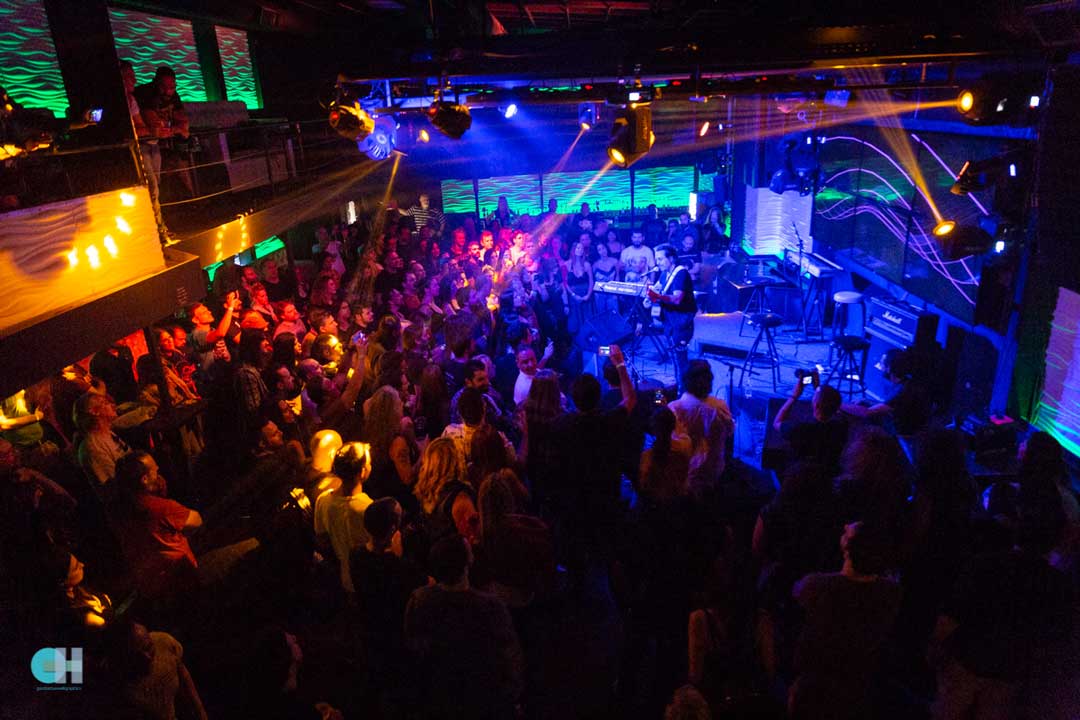 Enough said for the venue. Let’s move to the concert. The night started with the Athenian band Mistful in an acoustic set and lasted as long as necessary to warm the audience for George Gakis and Kip Winger. The song selections although classic (Wasp-Wild Child, Queen – Want it All και Cindy Lauper-Time after Time), were strongly appreciated by the crowd which was there early enough to catch them playing from the beginning. Helena, the woman behind the vocals, made everyone pay attention to her voice which was crystal clear with no surprises or -obvious- mistakes. Of course there were as always people nagging but this is in Greeks nature…This is the set list of the songs they covered and five of their own.

Without any delay, as expected since this was an acoustic live so there were not many things to be done, George Gakis went on stage with his guitar player Bob Saganas and they offered a unique acoustic show. The venue was already full of fans knowing well most of the songs played. Gakis is with no doubt, a well-established artist and definitely one of the best rock performers in the Balkans, so it’s a pity that we don’t get to enjoy his shows more often in Athens. Of course the fact that he is absent for a long time results in a much more anticipative live show. That’s why many of the people in the audience where there more for him also as for Kip. His guitar player had a really unique way of playing that made you feel like he was playing for L.A. Guns. To top this show, George Gakis sang in the end of it, his well-known song <<Μi Me Kitas>>.Everyone was singing along and that confirms what I previously said about many of the people being there for him. 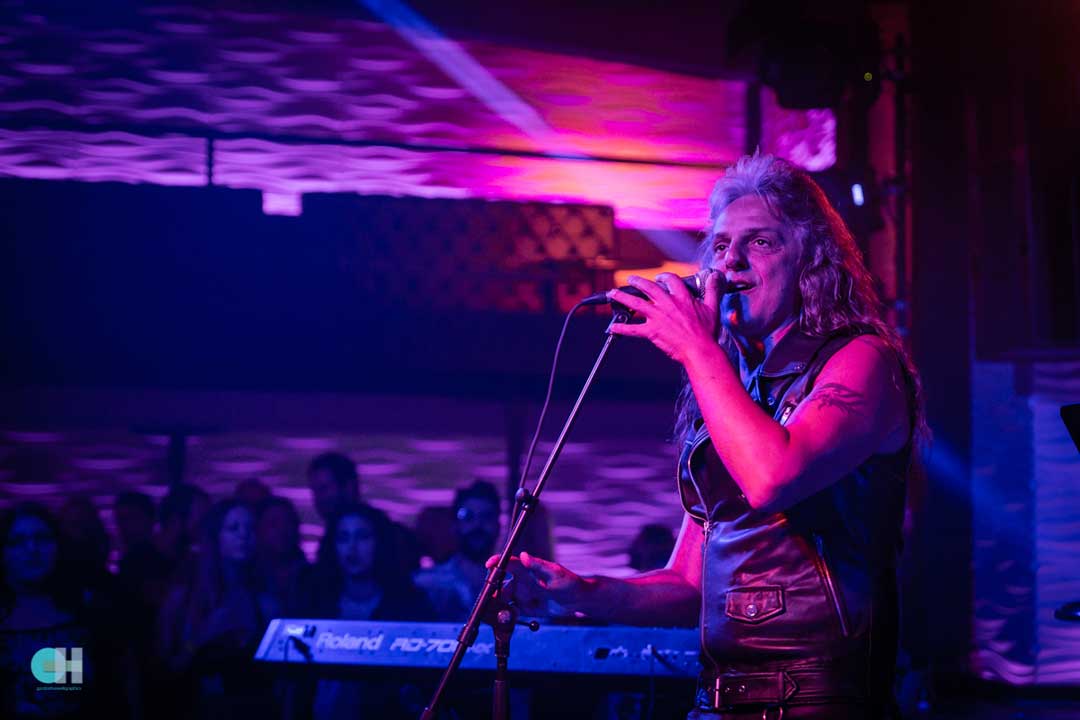 Kip Winger came on stage also without any delays, accompanied by his friend & percussionist Robbie Rothschild. The night started when 150 fans started singing with Kip the beloved hit “Easy Come Easy Go”. Although Kip wasn’t at his best because of an accident he had few days before his arrival in Greece, he performed an amazing acoustic show by playing some of my favorites such as “Hungry”, “Rainbow in The Rose”, “Headed For A Heartbreak” together with some interesting additions of his solo albums. As you can see in his biography, Kip is also a well-established classical music composer and he introduced to the audience the “Song For Nothing” which he wrote for the musical <<Get Jack>>. However, people didn’t seem to be really interested in it. 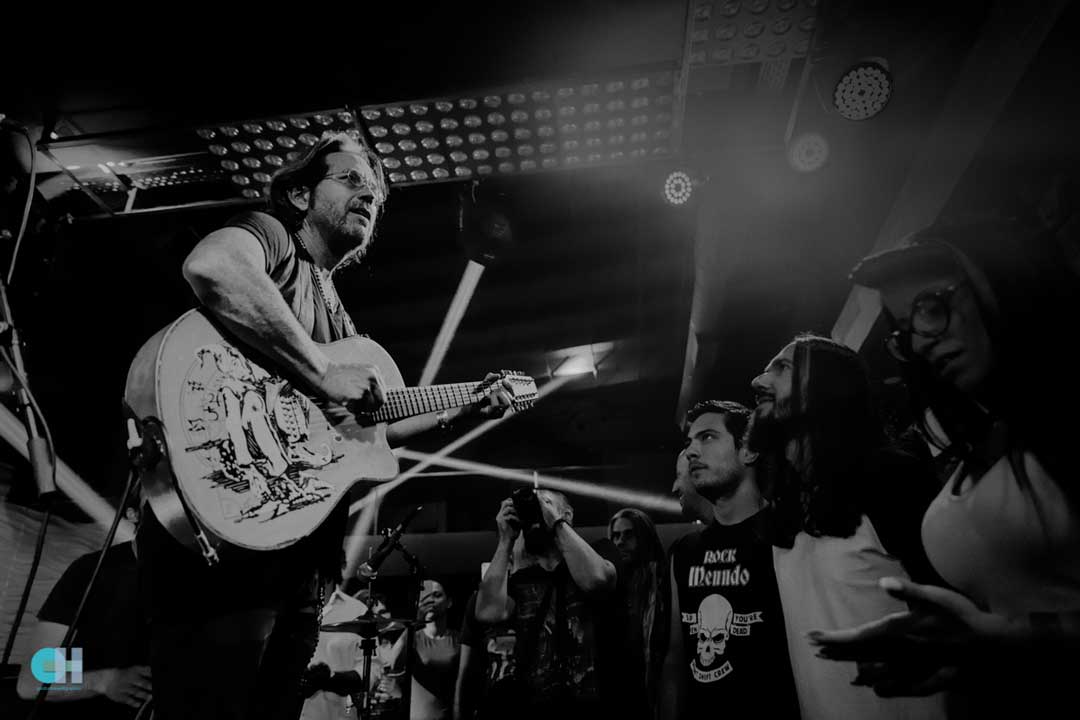 The highlight of the night was the moment that Kip sang two of my favorite ballads “Miles Away” and “Spell I am Under”. George Gakis and Robbie joined him on stage and the result was great. Everyone loved it. As for “Spell I am Under” I believe it emotionally moved even the toughest audience. It was a magic moment with one of the most beautiful ballads of the late 90s era. Kip has the exceptional feature not only to be a great musician, singer and song writer, but also a unique entertainer. There are not many musicians, who know how to keep the fans warm even by just tuning their guitar. I really hope next time Kip Winger visits us with his whole band. Only then, you will truly get what Winger is all about!
Cross, Easy Come Easy Go, Who’s The One, Can’t Get Enough, Hungry, Ever Wonder, Rainbow in The Rose, Miles Away, Spell I’m Under, Free, Pages and Pages, Headed for A Heartbreak, Blind Revolution Mad, Down Incognito, Madalaine, Seventeen, Blue Suede Shoes 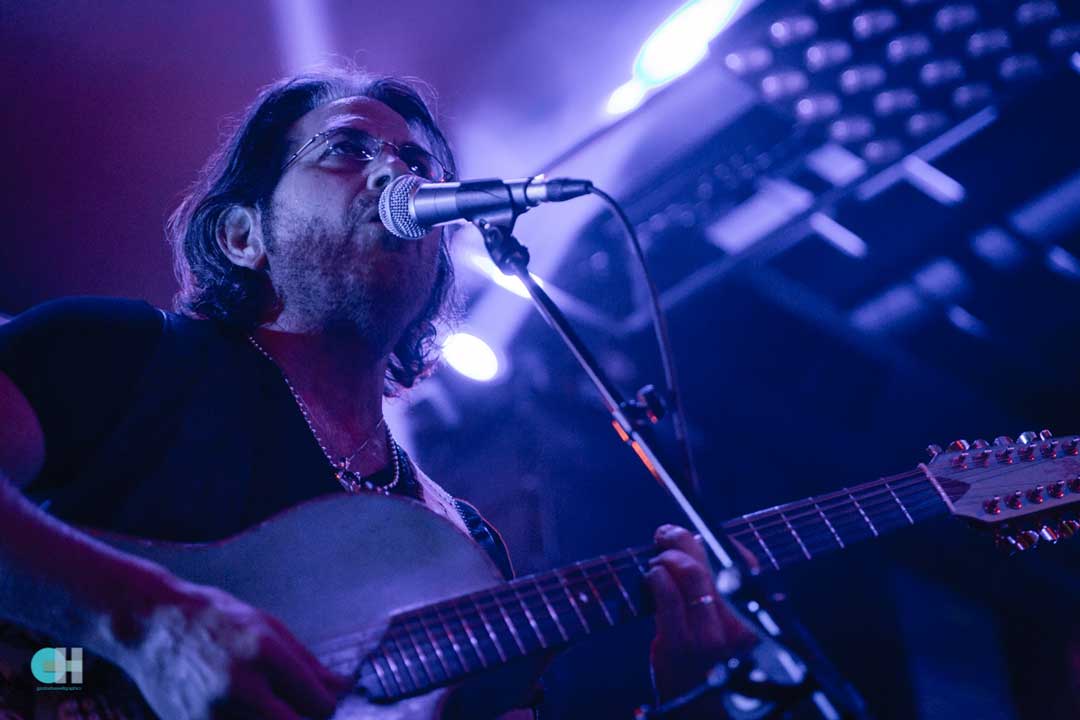