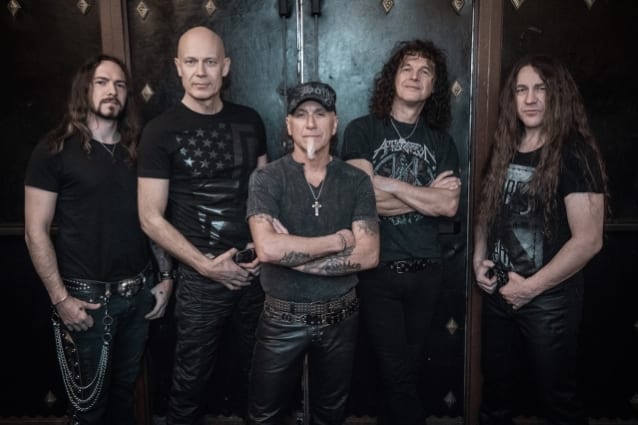 ACCEPT guitarist Wolf Hoffmann has confirmed to The Foundry in a new interview that the band has commenced the songwriting process for the follow-up to 2017’s “The Rise Of Chaos” album. “We started putting down some riffs here and there, but the majority of the stuff will happen after we stop touring, because it’s really hard to do this on the road for me,” he said. “I really need to lock the doors, throw away the keys and then really force myself into it and stay with it for weeks at a time. And that’s the only way that I can actually get anything meaningful done. And that process hasn’t started yet, because we’ve been so busy with what we’ve been doing. We’re getting ready to release a live DVD in November from that show last year in Germany where we played with an orchestra. It’s gonna be called ‘Symphonic Terror’, and it’s gonna be a full two-hour DVD of that live show at the Wacken festival there in front of 80 thousand people with a 50-piece orchestra on stage. So that took quite a bit of time to get that mixed and mastered and all that. So that’s gonna come out next. And after that, we’re gonna go out on the road all over the world with more orchestra shows. So it seems like we’ve got so much going on. But before too long, we definitely have to start working on a new album, and we will.”