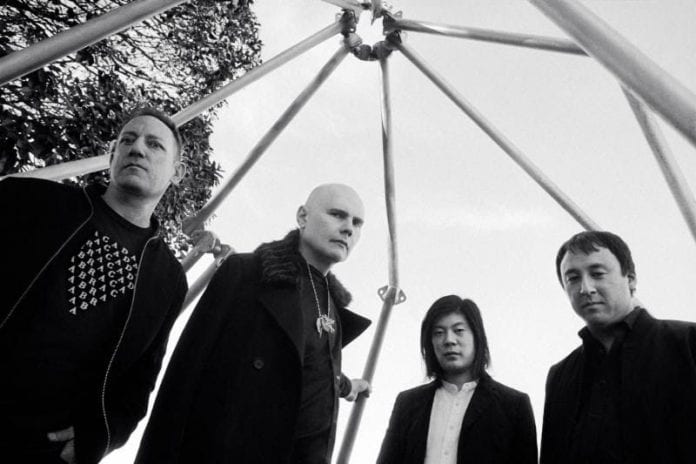 Billy Corgan has confirmed that the reunited Smashing Pumpkins are planning to release eight new songs as two four-track EPs in the coming months, and that the first song will probably arrive in May.
The band verified their speculated return to action last month, with longtime collaborator Jeff Schroeder apparently standing in for original bassist D’arcy Wretsky. Her absence from the lineup triggered an angry exchange of public statements between her and Corgan.