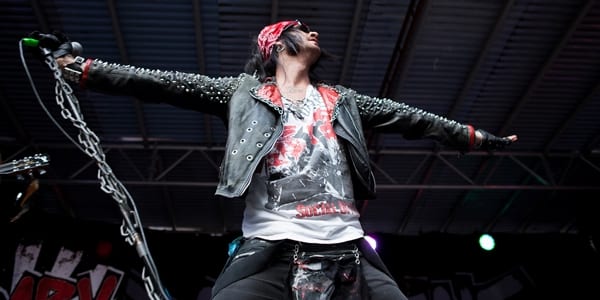 Brides Of Destruction GBG singer, London LeGrand, was deported to the States from Sweden. The singer had to spend some time in jail as his visa had expired. The band had launched a campaign on GoFundMe in order to support London’s return to the States and calls it “Deported… Like A Rockstar”. London has no home, money or job in the States and asks for help. The donations to the campaign will help cover his travel, food and accommodation expenses, including a new pair of glasses that are urgently needed.