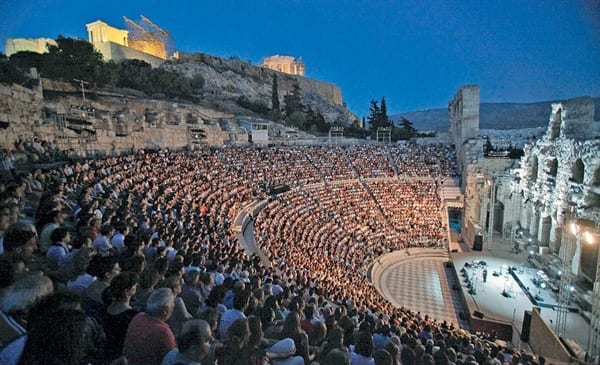 Foo Fighters will play at Herod Atticus Theater on July 10th in a show without tickets but invitations that will he handed from Athens Municipality and Ministry of Tourism. Actually, the show will be filmed for the travel show hosted by Red Hot Chilli Peppers’ Chad Smith, Landmarks In Concert, while on that day there will be live streaming of three songs for approximately 10 minutes.

Despite objections from members of the Central Archaeological Council (KAS), which has oversight over all of Greece’s ancient sites, regarding the nature of the concert and the weight of the equipment used by the band, KAS eventually gave permission for the event.

The concert, which is set to take place on July 10, will be filmed for an upcoming edition of PBS’s “Landmarks Live in Concert,” a popular music show  hosted by Chad Smith of the Red Hot Chili Peppers.