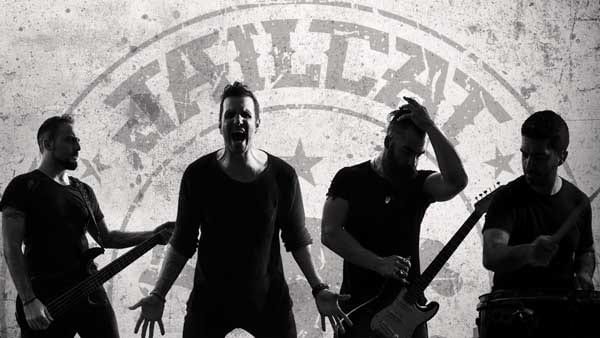 PRESS RELEASE: After 2 and a half years of inactivity, alternative metal band JAILCAT returns, heavier than ever. With the new upcoming on 23 November 2018 single “Falling Masks” which follows up their debut album “Men Or Mice” released in 2015, the band establishes a heavier and more aggressive sound, combining alternative, metal and hard rock. Kelly Blake (Vocals), Nick Grey (Bass), Manny (Guitars) and Fotis Tsaky (Drums) are back and the quartet plans on new music and shows. To celebrate their reunion, JAILCAT  have announced a show in December 1st at Eightball Club in their hometown Thessaloniki, Greece.