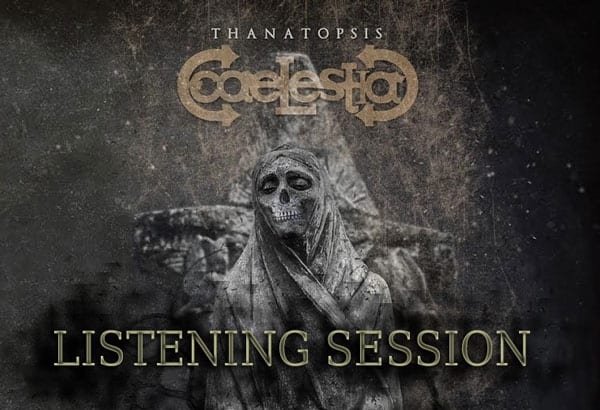 Considering that the pre-listening session of “Thanatopsis”, the upcoming album by Caelestia, took place only a mere month before the official release date, we will stick to the basic info as a more detailed and thorough presentation will surely appear in due time. The album is aimed towards the fans of the symphonic metal genre and it will be distributed via EMP Label (USA) and SPV/Steamhammer (Europe). It consists of 10 songs and it leaves you under the impression that it is divided in two parts; the first one is quite extreme with a very big sound while the second part portrays a band ready to experiment with a more diverse and alternative sound. 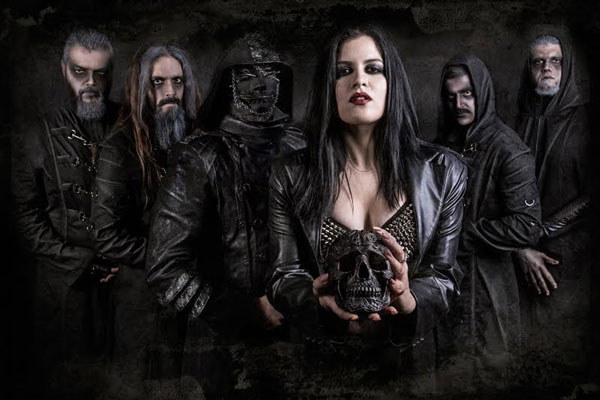 During the pre-listening session we watched for the very first time the official video for the song “Devil’s Game” (just imagine a lyric video without…lyrics but with impressive demon artworks). My first impression is that “Thanatopsis” is a descent and well-crafted record but it somehow lacks something from a compositional standpoint. Caelestia presents something very specific and this can sometimes be very tiring.

In closing, I’d say that I will wait for the regular album release so as to get a complete picture of this bunch of songs by Caelestia. Personally, I’d like to extend my sincere gratitude for the warm hospitality at the Underground Studio.