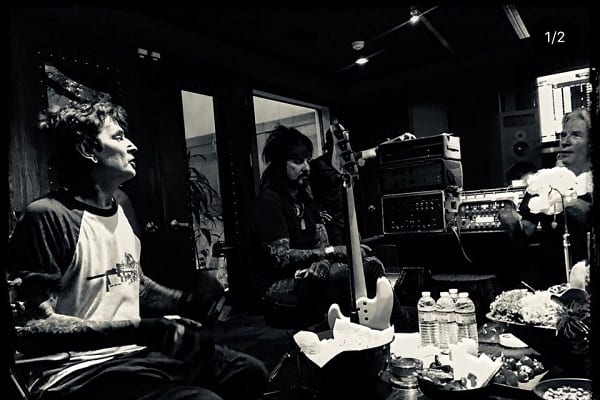 MÖTLEY CRÜE singer Vince Neil says that the band is returning to the studio to record four new songs.
“Exciting news!” he wrote in a tweet earlier today (Thursday, September 13). “I’ll be going back in recording studio in a few weeks with the boys to record 4 brand new Motley Crue tracks! Rock On!!“
Vince’s latest comments come just two weeks after a picture of MÖTLEY CRÜE bassist Nikki Sixx and drummer Tommy Lee was posted on the band’s Facebook page, along with the caption “28th August 2018.” Appearing them in the photo was longtime MÖTLEY CRÜE producer and collaborator Bob Rock. In addition, a brief video of Lee playing drums was posted on his Instagram, with the drummer captioning the clip: “It’s that new shit!!!”