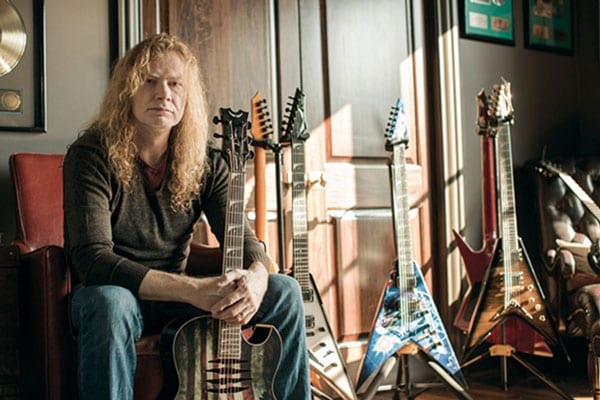 Talking to Metal Jackie and her radio show “Whiplash” Dave Mustaine was super excted about Megadeth’s lineup and new album. “Playing with Kiko [Loureiro, guitar] has been really rewarding out on the road, and learning a little bit more about him as a player. Not having a chance to have played with Dirk [Verbeuren, drums] yet — Dirk came as a recommendation from Chris Adler, and Chris had said how much he believed in Dirk. I have such high praise for Chris — I didn’t really know there were many drummers that would even fit the bill of what Chris was saying, and meeting Dirk was just amazing. It was what we were looking for — someone that kind of had the playing ability and spirit of Gar Samuelson and somebody who lives for metal like we do. I think that getting into the studio with the four of is now is going to be super-exciting… We’re all so familiar with each other right now, I think it’s going to be a kick-ass record, and I look forward to it.”