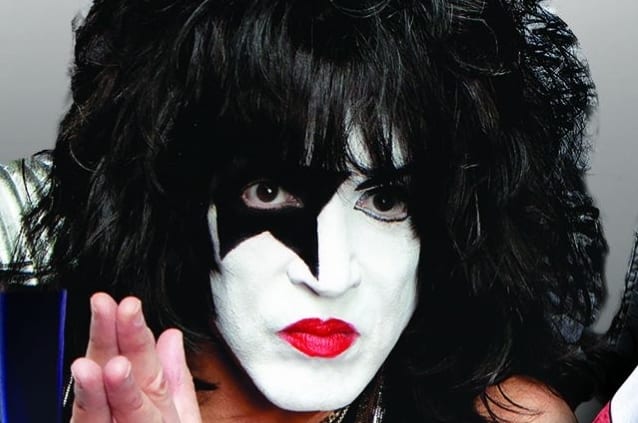 Paul Stanley says that it’s unlikely KISS will produce any new music before finally calling it quits at the end of its upcoming “farewell” tour.
KISS hasn’t released a full-length disc of new music since 2012’s “Monster”, which sold 56,000 copies in the United States in its first week of release to land at position No. 3 on The Billboard 200 chart.
Over the weekend, Stanley stopped by the Rock ‘N’ Roll Fantasy Camp and was asked by teenage radio host Miles “The Shoe” Schuman if fans can expect to hear anything new from KISS prior to the completion of the group’s “One Last Kiss: End Of The Road World Tour”. He responded: “No. I don’t think so. Look, it’s a different time now. I could write ‘Let It Be’, and people would still say, ‘That’s great. Now play ‘Detroit Rock City’.’ And I understand it, because when songs have a history with you, they’re kind of like a snapshot of a time in your life, and that’s not something that anything can take the place of overnight.”