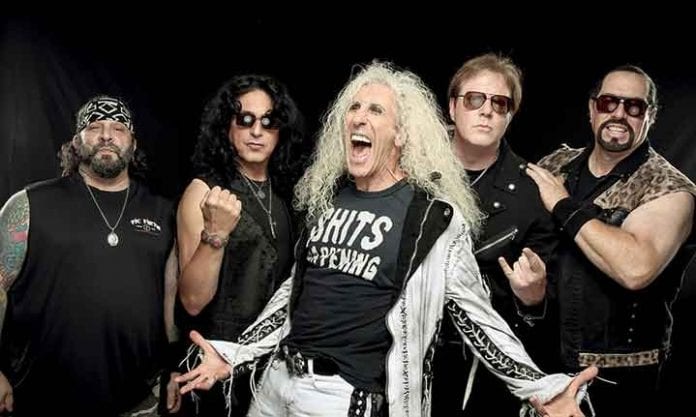 Jay Jay French says that IRON MAIDEN did not want to perform after TWISTED SISTER at some of the European festivals last year.
During an appearance earlier today (Wednesday, March 1) on “Trunk Nation”, Eddie Trunk’s show on SiriusXM channel Volume (106), French talked about TWISTED SISTER final performances at some of Europe’s biggest hard rock and heavy metal festivals, several of which are usually held over two or three days.
“The best time for a bill, headliner, is always ten o’clock at night, because if you’re playing the graveyard shift, which is the midnight shot, I don’t care who you, really, the energy is out of the room for the most part,” the guitarist said. “So, you know, IRON MAIDEN and these bands are massive bands, right? They always want us to close all the European festivals for a variety of reasons, not the least of which is they don’t wanna go on at midnight to two o’clock in the morning. And also, they don’t wanna follow TWISTED SISTER either, ’cause we suck out most of the oxygen in the room.”
He continued: “The truth of the mater is, if you watch the videos of our live shows in Europe with these hundred-thousand-people crowds, the fans are singing [TWISTED SISTER’s] ‘We’re Not Gonna Take It’ in between other bands’ songs, when they’re on. It’s a very disconcerting feeling for them; they’ve gotta feel like crap. So IRON MAIDEN twice [last] year said, [adopts British accent] ‘Oh, you know, we’ve got to make another festival tomorrow. Can you close?’ Like, two of the really big festivals. And we said, ‘Fine. If you want us to do it…’ They did not wanna follow us. And the thing is, they show up with fifteen semitrailers, right? Like, fifteen! We show up with two duffel bags with six guitars and a backdrop.”