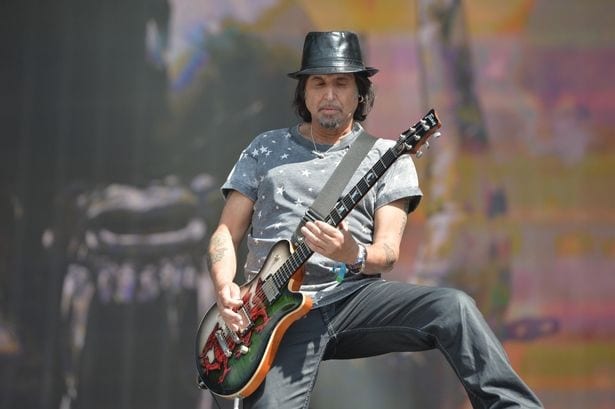 In  a recent interview with Swedish magazine Rocksverige Phil Campbell revealed that he is currently working on a solo album, separately from the one he will be releasing with his sons, featuring some special guests. He already confirmed the input of Rob Halford and Slipknot’s Chris Fehn and he said: “Dee Snider is doing some vocals. Benji Webbe from Skindred has done it. I’m really lucky to get these people on it. Matt Sorum’s gonna do a track. He’s doing it next week. His mixing desk blew out. It’s gonna be good”. As for what we should expect, Campbell has surprises in store:  “It’s not gonna be what people expect. I play piano on a few tracks. I don’t know, since it’s not finished yet. I still gotta write another six songs for it, but it’s not gonna be all totally like Motörhead. After many years it’s just nice to be able to do what I want. I could do what I wanted in Motörhead, but we didn’t wanna stray too far away. We’d put a saxophone in when we wanted and a piano and acoustics…”