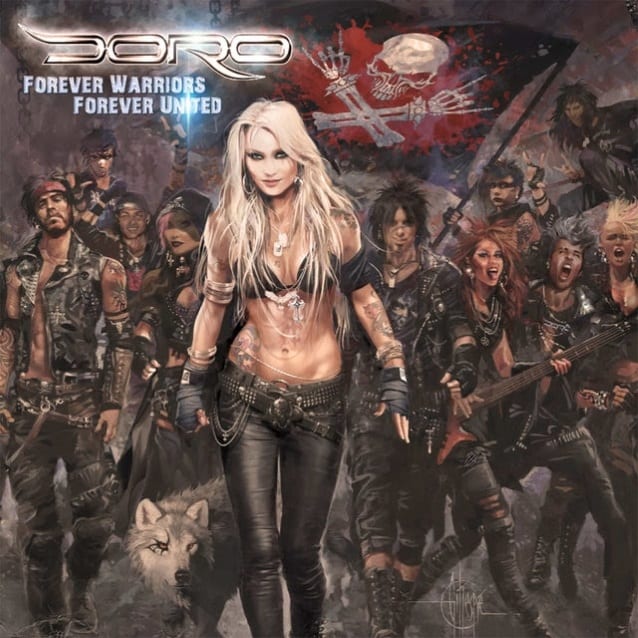 The long-awaited new studio album from German metal queen Doro Pesch will be released on August 17 via Nuclear Blast.
Doro’s 20th LP, “Forever Warriors, Forever United” will be a huge milestone as her first-ever double album, so fans can expect 24 brand new songs, including some stunning surprises.
Fans can note that the first single, “All For Metal”, will feature several metal heroes, who can also be seen in the upcoming music video which will be released in May. “It’s a great anthem — I think it could even top [WARLOCK’s classic track] ‘All We Are’ — and everybody’s singing on it,” Doro said. “And this could be really, really good. It’s hooky like hell.”